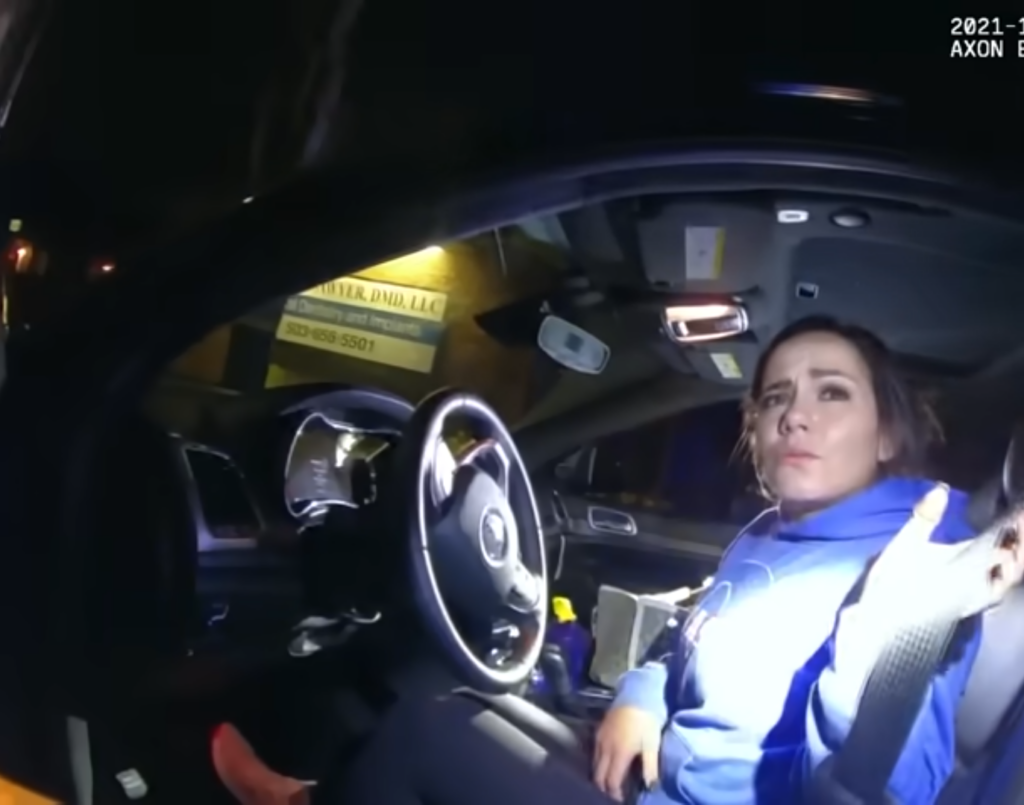 A woman in Oregon has been sentenced to 10 years in prison for shooting a law enforcement officer while handcuffed.

After running her ID, officers were notified that she was flagged with an extraditable warrant back to Texas where she is wanted in connection to allegedly embezzling 1.4 million from the oil company she was previously employed by.

As officers placed her into handcuffs and prepared to take Garcia into custody, she began voicing concerns about leaving her 2 pet dogs alone.

The Gladstone officers agreed to stop her home so she could take care of her pets. 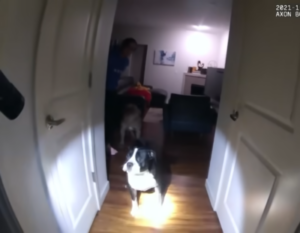 When officers arrived at the home, they were greeted by 2 large, aggressive pit bulls, Garcia’s “pets.” Despite significant risk to themselves with the presence of aggressive pit bulls (who have the highest occurrence of fatal attacks and ER visits) they continued to assist Garcia with taking care of them.

While Officer Lau waited in the garage with one of the dogs on a leash, Sgt. Hill followed Garcia up the stairs to a second story bedroom to locate the second dog.

Sgt. Hill reported that Garcia called his attention away from her for a moment and when he turned back around, she was pointing a 9mm handgun at him which she had apparently pulled from inside a night table drawer.

Garcia told the Sergeant she wasn’t going to prison and began firing. Hill was struck in the lower leg and stumbled down the stairs, calling out to his partner that she had a gun.

Lau returned fire up the stairs striking Garcia multiple times in the abdomen, but she did not give up, firing back down the stairs in the direction of the wounded Sergeant.

Eventually, she stopped firing, possibly because she ran out of ammunition, and Officer Lau rushed to Hill’s side and began applying an early generation SOF-T, identifiable by the metal button style latch.

Back up officers quickly rolled onto the scene and arrested Garcia and she was transported to the hospital for her wounds.

Sgt. Hill was assisted off the scene and treated for his wounds but received a permanent disability and has since retired from the Gladstone Police Department due to that injury.

She was sentenced to 10 years in prison, ordered to pay Sgt Hill $50,000 in restitution for the permanent injury she caused him, and extradited back to Texas to answer for the $1.4 million she is accused of embezzling from her ex-employer.

This situation shows us why it is so important to carry a TQ on you when you’re doing things, especially for your job, that could get you killed.

Coppin’ is hard dangerous work and these officers put themselves at significant risk to help Garcia with her, “pets.”

Reading the news articles and watching the body cam footage, you might admire Garcia for her ability to defend herself. Had she not been a desperate fugitive willing to kill an innocent man to avoid prison, you could admire the skill and execution of her self-defense. She was very smart about how she created her opportunity.

She clearly lured them into a trap. She separated them, occupied them, then created the opportunity to get a weapon. Even handcuffed she defended herself admirably against 2 well-armed and well-trained police officers.

These dogs were clearly not Garcia's pets. They were her guard animals. Multiple times during the firefight, Garcia can be heard trying to get the dog to go downstairs and attack the officers, obviously sending the dog to his death as the officer fired multiple shots at the animal as it rounded the corner.

Watching the bodycam footage shows the SOF-T applied to Sgt. Hill’s right upper thigh wasn’t applied correctly. In his haste to apply the tourniquet (TQ), Officer Lau twisted up the TQ strap. Then when he pulled out the strap slack in became bound up in the buckle. 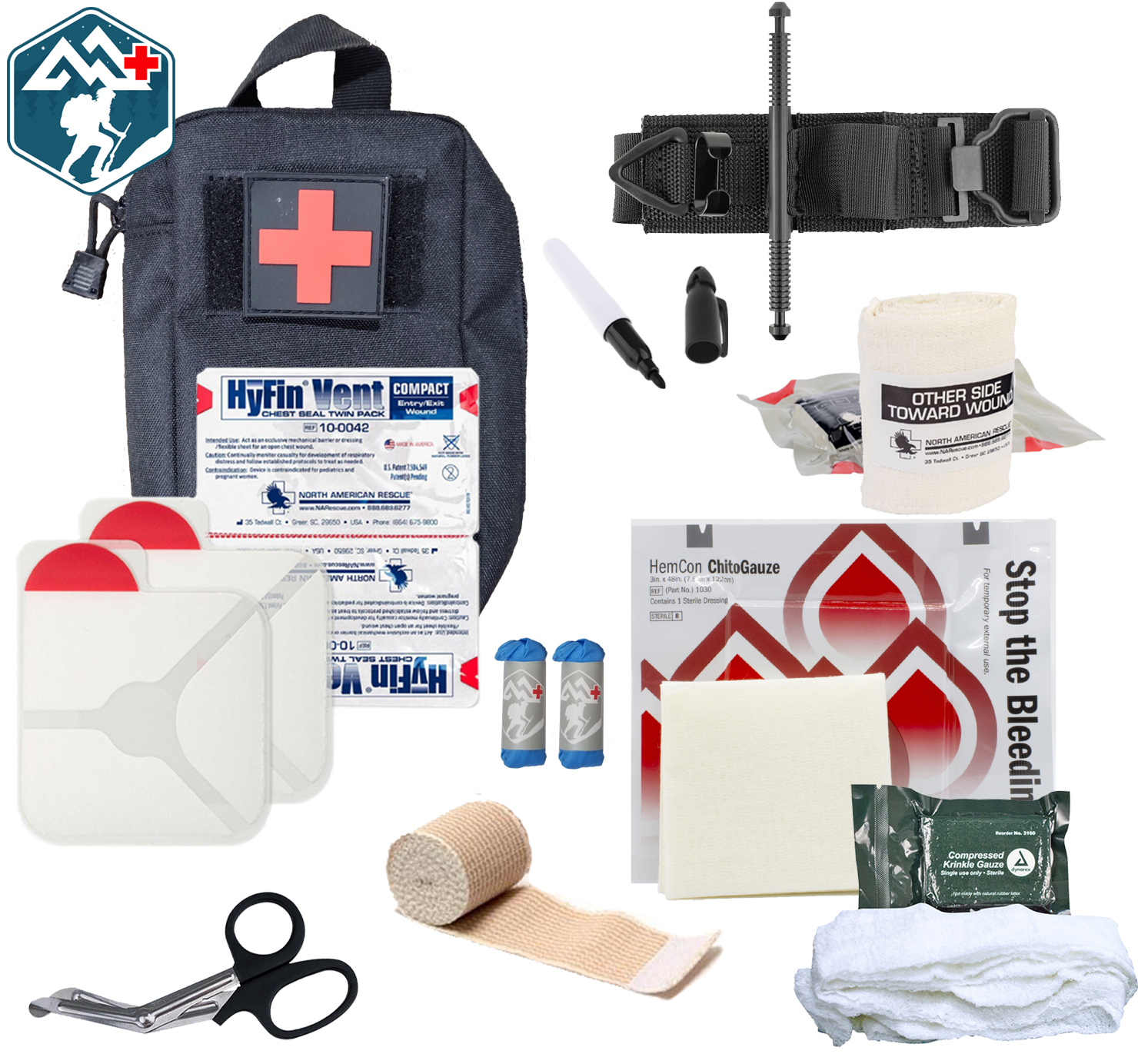 Hurrying to just get the TQ applied, Lau instead just went ahead and tightened the windlass, rather then stop, adjust, and fix the badly applied TQ.

This can be easy to do in the moment when adrenaline is high. It’s easy to rush and skip steps that seem unnecessary at the time. If you find yourself in one of these moments, (and you are relatively certain you’re safe) take a quick moment, a deeeeep breath. Let it out. Then do everything you were taught carefully. Because careful matters.

Careful is the difference between life and death for your partner.

A note about the SOF-T:

I’ve used this generation TQ extensively and know that it works. However, the latest generation of SOF-T is superior in many ways.