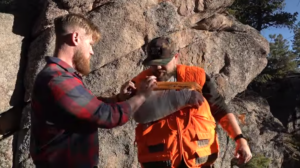 Medical technology has come a long way in the last 100 years. Basic trauma skills that are common knowledge now, were at one time completely unknown to even the most experienced doctors.

Through trial and error and many years of experimenting on horribly injured casualties, medical researchers, doctors, and medics have developed significant advancements in wound care.

At one time breaking a bone was considered an almost guaranteed death sentence. But here’s why it isn’t considered nearly as dangerous in our modern world…

War! What Is It Good For?

War, as terrible and devastating as it is, has brought about massive advancements in medicine, and especially (of course) trauma medicine.

The Roman Legions have long been thought of as the first to use tourniquets in combat with medics running stretchers and ambulances to and from nearby tent hospitals erected near the fighting where surgeons waited to save lives.

However, bone fractures were a topic that went unaddressed until the 1900’s, when war, once again became an ideal testing ground for new techniques in caring for broken bones.

According to melinadruga.com, at the beginning of the first Word War, a solider suffering a broken femur had only a 20% survival rate, and goes on to say amputation was only slightly more survivable, with a 25% rate you won’t die of complications.

In our modern age, it’s rare to hear of someone dying because of a fractured bone. Don’t get me wrong, a fracture is still a serious wound that you could potentially die from. But it’s no longer considered to be so lethal as it once was.

There are of course many, many different things that changed how broken bones are treated, but three inventions standout for making it possible to survive such a devastating wound.

While opium derived from poppies and other methods of controlling pain have existed for many thousands of years, using anesthesia during surgeries and setting broken bones didn’t become a mainstream medical procedure until William T. G. Morton made a live demonstration on October 16, 1846 showing how useful it could be. 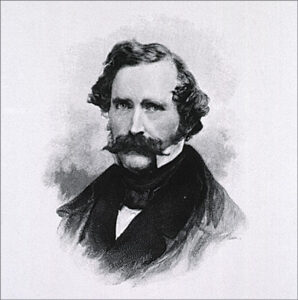 After the successful operation performed on the patient, Abbott. Surgeon John Collins Warren famously noted, “Gentlemen, this is no humbug.”

Broken bones are incredibly painful and setting them is understandably uncomfortable. Often, especially in the case of an open fracture (when a bone pierces through the skin,) surgery is required to repair the damage and pins and plates maybe installed to ensure proper alignment and healing. This wouldn’t be possible without anesthesia.

Understanding how germs spread infection is only a recent discovery in the last few hundred years. Ignaz Philipp Semmelweis, a Hungarian obstetrician, is credited with discovering the effectiveness of hand washing after observing medical students perform autopsies, then delivering babies without washing their hands.

The doctor noticed a rate of 16% chance of a new mother contracting Puerperal Fever when cared for by medical students, but only a 2% chance when care for by midwives who carefully washed their hands between every procedure. 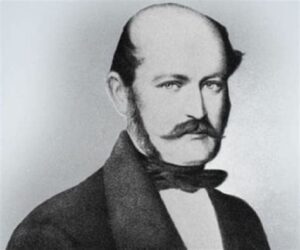 After instituting strict handwashing guidelines, Doctor Semmelweis enjoyed a reduction of infection rates to below 3%.

Open fractures, where the ends of the bone have broken through the skin and are “open” to the environment, have a substantial risk for infection. Leading the way with good handwashing and treating the casualty with targeted doses of antibiotics greatly increase the odds of survival.

With the invention of the x-ray on 8 Nov 1895 by Wilhelm Conrad Röntgen, came the ability to look under the skin and tissue to identify the severity, location and type of fracture sustained by the casualty. This allows physicians to properly diagnose the fracture and treat it appropriately.

After stumbling upon the concept of x-rays, Röntgen took the first x-ray of his wife’s hand clearly showing her bones and wedding ring. 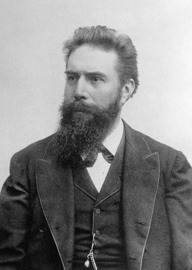 These 3 inventions combined with new techniques and equipment for stabilizing fractures led to a dramatic decrease in the lethality of a broken bone. Turning it from an almost certain death sentence, to just a painful inconvenience.

If you’re interested in stocking your trauma kit with a RISE Splint in the event you encounter or sustain a fracture, click the link below.

The History of Fracture Treatment