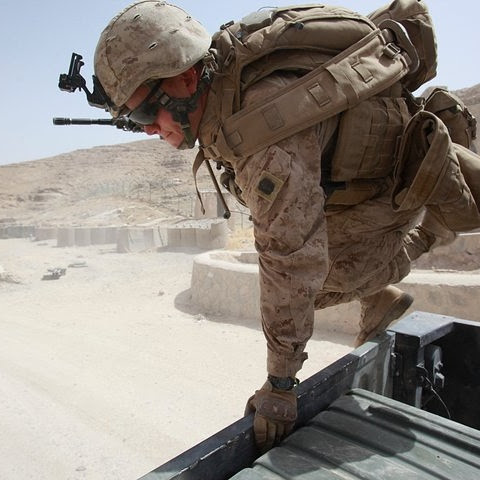 It’s easy to understand that dealing with trauma is stressful. Emergencies are usually unexpected, and the surprise of a life-threatening injury can throw even a normally calm person into panic.

This is especially the case when you don’t have any training in first aid since you aren’t sure what to do. I know well what that particular feeling is like. I have been the one standing there looking at a life-threatening injury and not knowing what to do about it. It’s a terrible feeling and one I work to avoid whenever I can.

Fortunately, it’s possible to avoid that feeling of helplessness, and since it’s affected me so strongly, I’ve put a lot of thought into how it can be dodged. Here’s one technique for how to manage panic in an emergency.

I often run into people who say to me, “I could never do what you do. I’m too afraid of blood. I’ll just freeze up.” What I hear is, “This is the way I am, and I can’t change that.” They are already anticipating their failure instead of planning for their success, and don’t even realize it.

Stop imagining yourself falling to pieces at the sight of blood. Start seeing yourself leap into action with a calm, but aggressive decisiveness. Run through some scenarios in your head where you might have to do this. How will you respond to a car accident? What if someone in your home falls down the stairs and breaks a leg?

Thinking these through and daydreaming about how the hero (you) will save the day is a surprisingly important method for coping with an emergency. People are seldom as static in their personalities as they think. Most people assume that the way they are is just the way they are, and this is who they will be forever.

But it doesn’t have to be that way.

Do you admire someone who is able to save the day? Would you like to be that person? You can. It takes effort, which is what generally turns people off, but if you want it, you can get it.

I had the benefit of having a career firefighter for a father and had the opportunity to see him leap into action on a number of occasions. He handled difficult situations with absolute confidence and made good decisions, quickly.

It wasn’t until I was faced by my own emergencies that I realized that skill of confidence isn’t hereditary. It’s learned, and often through very hard lessons.

I was carefully trained how to handle combat trauma, but I wasn’t taught how to maintain a cool demeanor with bullets flying around me. I had to learn that on my own. Unsatisfied with my initial responses to panic, I decided that I didn’t like the feeling and refused to let myself fall into its grip.

I routinely ran through scenarios in my head.

If an IED detonates right here, what will I do?

What wounds will I be treating?

Where will I set up a casualty collection point?

Step by step I ran down the list of possible actions I would take so that it was in the fore front of my mind. But more importantly, I was visualizing myself succeeding. In my imagination I was the epitome of a seasoned and confident medic. I calmly, efficiently, and effectively handled every scenario I threw at myself.

After doing this for a time while on foot patrols in Afghanistan, I was able to put this solution to the test, and was pleased with how well it worked for managing stress. I was surprised to discover I had been all the things I imagined myself to be.