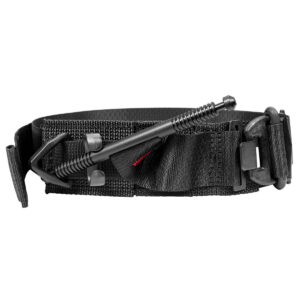 Tourniquets are something that I am very familiar with in both my military and civilian careers, and I’ve had the benefit of using many different kinds over the years.

The SOF-Tourniquet is a windlass tourniquet that I personally know works as advertised. Easily in the top two TQ’s on the market, the SOF-T is trusted by militaries, law enforcement and emergency medical services worldwide.

The SOF-T is produced by TacMed Solutions and has been through 5 generational changes that have reduced the overall weight of the tourniquet. Designed by a Special Forces medic who dreamed up the tourniquet while on radio watch late one night during a deployment to Afghanistan in 2003.

Why Professionals Love the SOF-T:

Of all the popular TQ’s on the market today, I hear far less criticism about the SOF than I do any of the others. No one product is without its criticism because the perfect tourniquet doesn’t exist… yet.

Even so, the only blame I’ve heard leveled against the SOF-T is that it’s a little cumbersome to apply one handed to yourself. Self-application of a TQ is an important skill in the event you only have the use of one hand. So, being able to quickly apply a TQ is important.

I will admit that it is slightly more difficult to apply the SOF-T at first, but after a couple of practices, (which you should be doing anyway) this problem goes right away.

There have been some thoughts that the SOF-Tourniquet won't work on children. It has been thought that because the TQ is designed for adults, that there would be inadequate compression of the arteries in children and make it ineffective for rescue. But numerous examples of emergency pediatric application has been shown to work.

Click here for some videos about the SOF being used on children.