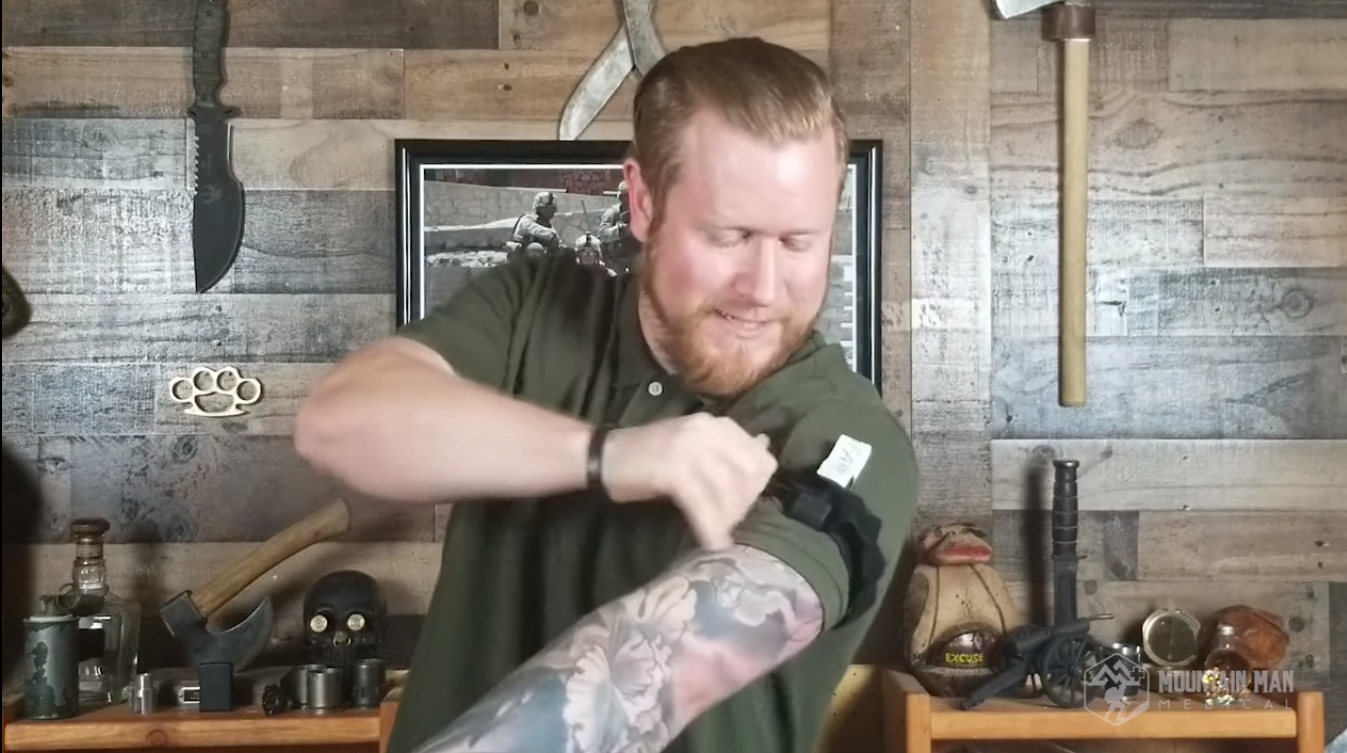 I have a lot of time on tourniquets, both in training and in real life. I’ve had the chance to use a lot of different systems for controlling bleeding and here are my top picks for The Top 5 Best Tourniquets.

If you aren’t new to the emergency trauma scene, some of these TQs are no brainers, but number 5 is my favorite, and might surprise you.

When you think “tourniquet,” you probably are seeing this TQ. This is the most widely recognized bleeding control device on earth and is used and trusted by armed forces and medical providers all around the world.

The CAT isn’t the first tourniquet to be mass produced, but it was the first to do it well. Over the years, the design of the TQ has changed to strengthen it and make it more efficient for application and bleeding control.

Many people prefer the CAT over other types of tourniquets because one-handed/self-application is quick and easy with minimal training and practice.

Not quite as well known as the CAT, the SOF-T is just as respected as the CAT and preferred by some, me included. The smaller and more uniform package of the SOF-T means it packs easily into a pocket or trauma kit, helping to free up space for other items.

Others believe the metal windlass is also an improvement over the plastic windlass of the CAT, and the quick disconnect for treating trapped arms and legs make this a great choice.

Not everyone loves the SOF-T though. If you haven’t bothered to learn the method for one-handed application, it can be a little cumbersome. If this is the TQ for you, take a few minutes to learn and practice the technique. But you MUST do this anyway, regardless of the TQ you buy, or you aren’t likely to make much of a difference.

One of the newest competitors to the market, the TMT has quickly become a favorite of CAT fans. CoTCCC approved for use in combat, the TMT take a slightly different approach to the bleeding control problem.

Perhaps taking its cues from the previous 2 TQs, the CAT and SOF-T Wide, the TMT is a bit of a hybrid of both with it’s hook and loop style and quick disconnect.

The TMT is also wider with a 2” strap which helps to stop bleeding more effectively and is (a little) more comfortable.

The TX2 By RevMedX

Disregarding the traditional windlass style of TQ, the TX2 uses ratcheting mechanical advantage to clamp off bleeders. Like the TMT, the TX2 also sports a 2” band, and has only been on the market for a few years, and quickly rising in popularity after attaining the coveted approval of CoTCCC.

While a great choice for stand alone trauma bags, the TX2 is harder to carry every day because of its size, and the one-handed application requires a little practice to be quick.

It’s important to point out that most TQs are one-time-use items. After repeated use, the material of windlass TQs begins to degrade and has the potential to fail when you least want it to. A common recommendation is to purchase 2 TQs, one for training and one to save a life.

However, training with the TX2 is less costly since you only need to buy one because the ratcheting system doesn’t put wear and tear on the material like it might with windlass style TQs.

The SWAT-T by H&H Medical

Vastly different than any of the others on this list, the SWAT-T looks almost too simple to be effective. Since it’s essentially just a stretchy band and is NOT approved for combat by the Co-TCCC, most people don’t give this great piece of gear the time it deserves.

No, it’s not approved by the US government for combat applications because the method of securing it isn’t as solid as the others on this list. But that’s ok. You aren’t likely to be in combat anyway, so this is fine for you and me.

Although, there are many military units, including Tier 1 levels, who are taking this tourniquet with them into very dangerous situations. Despite its lack of support from officials.

Here are the reasons:

The 4-inch-wide band cuts off blood flow quickly, even on heavily muscled legs, and is more comfortable.

The SWAT-T is easier to carry than any other TQ on this list and the little square package can be comfortably carried in a pocket where other TQs would quickly become a pain.

I EDC a Leatherman Multitool because it’s convenient to carry the most common tools able to fix a wide variety of problems.

The SWAT-T is the Leatherman of the trauma world. Not only does it excel stopping bleeding, but it can be used for many other emergencies as well.

Need a pressure dressing instead of a tourniquet? The SWAT-T can do that.

Bone fractures or dislocations? The SWAT-T can also be used as a sling or a way to tie on a splint.

It’s like a complete trauma kit, all rolled up into one easy to carry unit.

Yes, the method of securing isn’t ideal, but it’s adequate. And you should be regularly checking all of your medical interventions anyway to ensure they are still working.

If it’s applied correctly, and you check the SWAT-T every now and then until EMS arrives on scene, there won’t be problems.