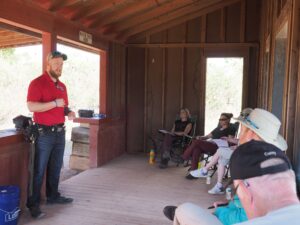 Success! The first annual Guardian Nation Conference was a big win. For me personally, it was the chance to shake off the rust and do some teaching.

This conference was the first time I’ve taught tactical medicine in a few years and getting back into the saddle was surprisingly easy. Since is this conference being the expansion of defensive shooting skills, I put together a class of some of the essential things that should be considered by a citizen carrying a concealed weapon.

Tactical medicine was how I earned my dinner for several years and it’s my favorite extension of medicine. So, I was excited to give my perspective on civilian CCW Tactical Medicine.

Here’s a topic breakdown of the class:

Thank you to every student who was there in attendance at the conference and making it such a huge success. The weather was hot and humid and, being the Range Doc, I was worried we’d have several heat casualties.

But everyone did a great job of resting when they needed to and drinking large amounts of water to stay hydrated. 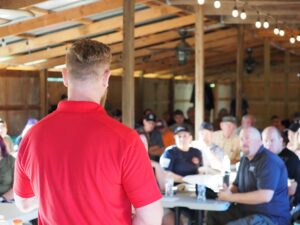 The instructors in attendance were all highly experienced and encouraged their students to drink and rest while maintaining a high level of instruction.

Spencer Keepers is an anticipated instructor teaching Critical Handgun Skills, and Todd Fossey demonstrated weapon retention and Clinch Fighting, among many others such as Matt Little, who taught multiple classes including a low light class hosted last minute at a nearby range, Wilshire Gun.

This is my first time hanging out anywhere in Oklahoma, so I’ve never had the opportunity to eat at the grill inside the Wilshire Gun Club. Even if you aren’t into guns, it’s worth a trip just for the food at the Range Cafe.