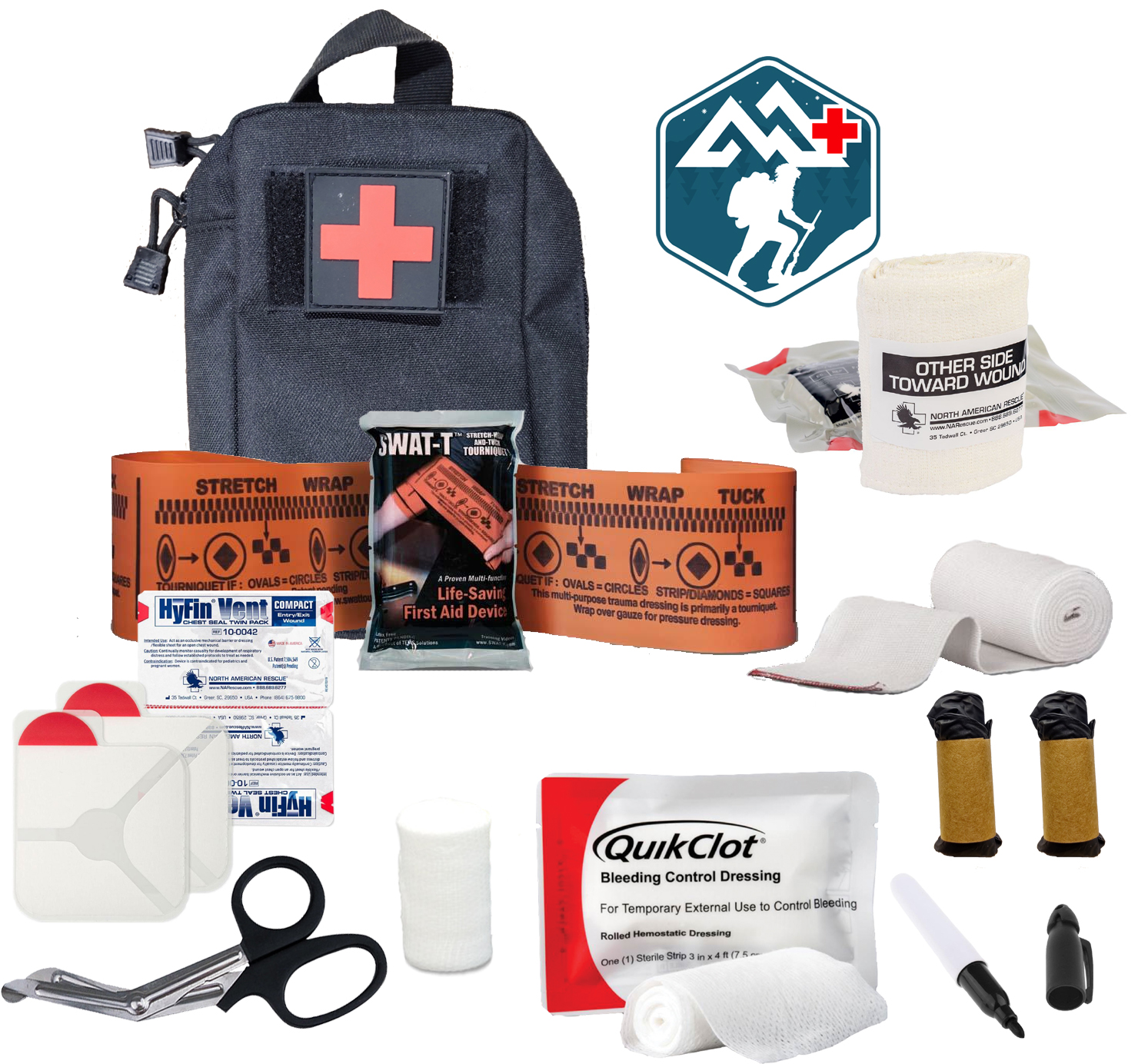 Not everyone has a background in medicine and may not fully understand the wide variety of gear that’s available on the market. Those people tend to take me at my word that the items in the Mountain Man Medical kits are the best options for the widest number of situations.

Others have asked why I chose one product over another and their questions are completely justified. The market for medical gear is huge and getting bigger every day as new companies look for better methods and innovations for keeping people alive.

Navigating through the plethora of equipment is challenging when deciding what to include or exclude and most of my decisions come down to one factor: experience.

Working in an ER as an EMT and then taking care of combat casualties in Afghanistan has played a large part in my decision-making process. From early on in my military career, the fact that I was likely to be attempting life saving procedures with little or no help available has drilled into me the need for planning for the worst. This is the mentality I used when deciding which items to stock in our med kits.

If you are curious why I include one tourniquet over another, read on as I explain myself and show that these decisions weren’t made lightly.

TQs are the hot button issue that most people tend to gravitate towards. There are strong opinions on which is best, and those opinions are usually based on either personal experience, or on the experience of someone they trust.

The question I get the most is why I chose one TQ over another especially when it comes to the SWAT-T currently included in our kits by default.

“Why’d you put in the SWAT-T when there are better TQs on the market like the SOF-T Wide, or the CAT?”

This is a question I was asked by a career special forces medic and I have an easy time seeing why. The SWAT-T is an inferior TQ is some ways when compared to traditionally accepted tourniquets. Here’s why:

The SWAT-T is More Difficult to Self-Apply.

Since it’s an elastic band, trying to wrap it around a limb with only one hand can be difficult even in a calm situation. It can certainly be done but requires some effort on your part to practice so that when the time comes you can use it effectively.

The SWAT-T is Not TCCC Committee Approved.

This committee is funded by the Department of Defense to test and evaluate various products for use on the battlefield and is made up of medics, nurses, and doctors from all branches of the military. They are more focused on the application of TQs in a combat setting then they are on the use of these products in the civilian world. Tourniquets must meet certain standards for use on the battlefield.

One of these standards is the way the TQ is secured and prevented from loosening, and at that, the SWAT-T doesn’t do as well as a tourniquet like the CAT. Since it’s only secured by tucking the tail end under itself, it’s not hard to see why this doesn’t meet the standards in combat where you might need to drag the casualty over long distances and over walls.

So, Then Why Is the SWAT-T Included in Your Kits?

If used properly, the SWAT-T is perfectly adequate at stopping major bleeding and does have a few advantages over more generally accepted TQs. The primary reason why I decided to include it as the default TQ in our medical kits is because of cost. I realize that many people don’t or can’t spend a lot of money on medical gear and I feel it’s far more important that everyone have some sort of way to stop bleeding.

The SWAT-T is roughly half the cost of a CAT or SOF-T, and if someone can’t afford to upgrade to a more expensive TQ, they at least have something that will work even if it’s not ideal.

If you feel the way I do, that a CAT or SOF-T is preferred, then we have the option to upgrade the kit to include a CAT. This way, not only will you have a quality TQ ready for when you need it, you also have a back up TQ to treat another wounded extremity, or another casualty altogether and extend the usefulness of your kit.

While I’m confident the SWAT-T will do the job of stopping a life-threatening bleed, I fully support upgrading to a CAT TQ to ensure you are getting the best possible gear. But if you just can’t afford it, at least you have something, and that’s always better than nothing.

Since it comes in the package folded nice flat, it can be easily tucked into a pocket, purse, med bag or wherever you need to carry it. The CAT and SOF-T are a little more cumbersome to carry around.

The SWAT-T is not just a TQ. Unlike the CAT or the SOF-T which can only be used for one purpose, the SWAT-T can be used for other tasks in addition to hemorrhage control. Since it’s essentially just an elastic band, it’s uses are limited only by your imagination.

Upgrade your kit with a CAT tourniquet if you can and keep both TQs in your kit for when you need it. The SWAT-T will work in a pinch, but it’s not the best out there. If you do need to use the SWAT-T, make sure you are checking it often to ensure it hasn’t been jostled loose and is still doing what you need it to. Adding a strip of duct tape to help keep it in place is a reasonable countermeasure.

Stay tuned for next week’s blog post where I examine the rest of the items in the kit and give the reasons why I chose those products over others.

4 thoughts on “Why’d You Put That in Your Med Kits?”